Combine flour, semolina and salt in the bowl of a mixer with a dough hook attachment. Make a well in the centre and add 100ml olive oil and the yeast mixture. Beat with the dough hook for 10 minutes. The dough will be sticky but sprinkle with flour and stand covered in a warm place to prove for 45 minutes or until doubled in size.

Liberally grease 2 x 35cm x 45cm oven trays with some of the oil and sprinkle with semolina. Divide the dough between the trays and gently press out using your fingers to create dimples in the dough, taking care not to knock out the air by kneading. Allow to stand for 10-15 minutes to prove.

Combine En Placé Garlic with the remaining oil and spread over the dough, dimpling it again. Top with olives and rosemary sprigs and sprinkle with rock salt and pepper.

Bake at 230°C for 15-20 minutes until golden brown, dropping to the base of the oven towards the end of the cooking time if required to crisp the base. 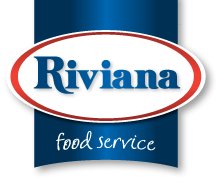